The Quais de la Fontaine in Nimes France is a portion on the extensive 50 km aqueduct system that was build by the ancient Romans.  The system was used to transport water from the mountains to the city of Nimes. 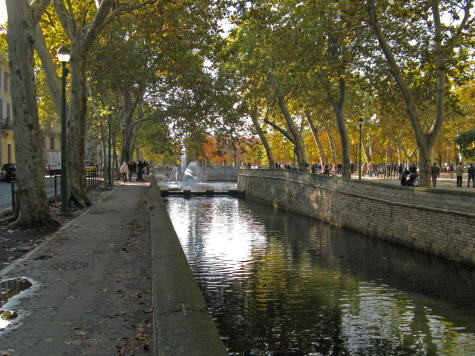 Along its route, the canal passed over the world-famous Pont du Gard (bridge).