The Esplanade Charles de Gaulle in Nimes France is the huge city square located across from the Roman Arena (Arenes) at the end of Avenue Feucheres.  A magnificent fountain comprised of a series of statues, can be found at the centre of the square. 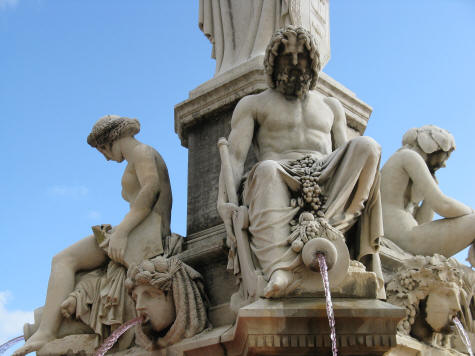