The statue of a bullfighter in Nimes France that stands proudly outside the Roman Arena (Arenes) is that of Christian Montcouquiol ("Nimeño II"). 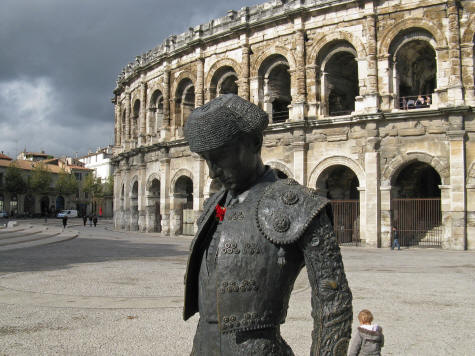 Nimeno, as he was normally called, was born in Germany and became a legend in the bullfighting sport.  Sadly, he was severely injured in 1989 during a bullfight in nearby Arles.  Two years later, he committed suicide.